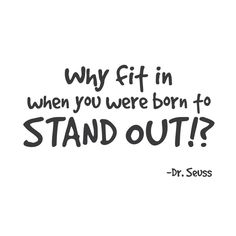 Growing up in the eighties and nineties was easier. Both for the growee and the grown-up.  Times were simple and so were the expectations. Our hopes and beliefs were modest and unpretentious. Life did not offer too many choices except those which were down-to-earth and practical. Passing each day was a pleasure rather than a chore. Being truthful was a virtue and a credible life skill to acquire, not an aberration of an unnatural being. Having a desire to excel through perfection was pragmatic, matter-of-fact behavior rather than something which required a course correction and some serious chilling down. And ‘stress’ was with that part of the population which did not do ‘all of the above’ rather than ‘all except….’.

I do not remember ever pestering my parents for anything at all even though we had what we needed but never an over-indulgence. I do not recollect ‘having time’ to be an unnecessary luxury – we never had enough!! Being with nothing concreate but my imagination was a boon and extremely beneficial academically too, for I never had a problem writing or planning anything nor did I need to learn essay rules or composition tips.

In the times which as a human race we think, are way beyond better and progressive, it is surprising that “going back to our roots” should become the next new tag line to spout! Those who ran behind illusions of an improved way of life are fast taking a u-turn towards living & making life more improved by dismantling those illusions.

Life in all its forms is splendid and humbling in its own way. And this is not a thought said to increase my TRPs but towards breaking news in a gentle way. Cacophony and rhetoric will work for a few hours only. Moreover, let us start with a basic premise that each of us is intelligent enough to stage our very own Breaking News on our very own channel called ‘Our Life’ for an audience comprising whoever we choose to keep in it!

What do I want to do before I die? Oh, my Bucket list has all kinds of things listed. What have I done till now would be of interest too, I guess?

I have lived life to the full, have dealt with its myriad ups and down with dignity and fortitude and have travelled the world, enjoying each of my discoveries within and outside. Army life teaches you so many things and adapts you automatically towards a different kind of life. The learnings are all amazing. While posted in a history steeped city in central India from where one Queen is considered the epitome of bravery, we also learnt of the importance of military bases and why. As the Indian army conducted its mock exercises in western India, their major base was a small town in the vicinity of this historical one. Babina (It is said that Babina is an  anacronym for British Army Base in North Asia – Wikipedia) in Uttar Pradesh saw an impressive army units movement which fascinated us as children. The tanks, the columns of soldiers, the huge AN 32s, the Shaktimans in convoys – all would converge from this small town onto the parade ground in front of our house.

Old memories come packaged in tons of nostalgia……..my old school, a fort, some savouries, an army station of importance – what more is needed to take your breath away?

From central India cut to western India’s small but famous town of Bikaner in Rajasthan. Famous for its delicious papadums and bhujias apart from innumerable other things.

Jump about 9400 kilometers on to the eastern coast of Australia and you land in Brisbane – the gateway to the most amazing scenic sights of the world. We have visited the fast-depleting Great Barrier Reef and walked under water to take in the hypnotizing & enthralling natural wonder. The captivating Movie World and the fascinating Gold Coast – a place where one has something to do right through the night.

A festival where people converge from around the world, a gateway city like none other, the southern most tip of the world (almost), an amazing restaurant which is an all-time favorite – phew, memories especially in these pandemic times overwhelm and do take one’s breath away – a bit!!

Move over to a tiny riveting town on the southern most tip of New Zealand and you would find yourself in the fishing town of Bluff. Famous for its most lovely walks, which the whole of NZ is famous for anyways, it also hosts the world-renowned Bluff Oyster Festival.

Well, Spellbinding, Breathtaking – would all be under-statements when you reach this quaint town. My escape when I am in paradise!!

Most of what I am is because I learn and absorb what I see and feel and think and imbibe from my environment. I am always unapologetically Me. I am my own best friend and my own biggest critic. I work and function on instincts and beliefs. I am fiercely protective of my privacy and my priorities are clear in my head. Comprehending and understanding me may seem to be an enigma but that is because the world has complicated itself and people rely on shallow and instant 2-minute fixes and relationships. I am old school and Being Me is my strongest marketing tool!!!

I love being alive – love Being Me!

The entire month of April, I am blogging from A2Z powered by #BlogchatterA2Z

3 thoughts on “Breath-taking – takes your breath away!!”